PHOENIX (3TV/CBS 5) – Let’s start with a little bit of history. There was no “Arizona” monsoon until the late 1940s when a researcher from back East coined the phrase for Arizona’s switch in wind pattern from winter to summer. He called it the Sonoran Monsoon, which Arizona’s Family Chief Meteorologist Royal Norman calls “a wonderfully poetic name for our summer thunderstorm season.” It soon became common to call our summer storms “the monsoon,” and by the 1960s, the National Weather Service was working on a way to tell when the monsoon had arrived.

The Arizona monsoon, our summer storm season, starts every year on June 15 and ends on Sept. 30. Of course, Mother Nature has little use for our calendar, so those dates are approximations. The season was not defined explicitly on the calendar until 2008. Before that, we deferred to Mother Nature and didn’t say monsoon was underway until we’d had three consecutive days of dew points above 55 degrees. The season ended when the dew point went back down. Using the dew point method, which many (particularly older Arizona natives) still prefer, the Arizona monsoon starts in early July and runs about two months, ending shortly after Labor Day.

So, why did we define the Arizona monsoon by dew point? Dew point is the measure of moisture in the atmosphere. When that number starts to climb, it’s a good indication that our weather pattern has shifted and the monsoon season has arrived. But it’s not always that simple a message to communicate. Not only was the timing of the season different year to year, but it also was inconsistent throughout the state. In Tucson, for example, the threshold for the monsoon start was 53 degrees.

As moisture slowly moves into our atmosphere, storms usually start earlier in the summer in Southern Arizona and Northern Arizona than they do in the Valley. And with varying criteria for dew points with elevation, it was often confusing to people to say that the monsoon had “arrived” in some parts of our state, but not in the Valley, simply because our dew points weren’t high enough.

Dust storms are common early in the season

We also get frequent dust storms early in the monsoon, well before the “wet” part of our season arrives. But those wind and dust threats are still part of the monsoon. The National Weather Service decided it was time to take the focus off the start and end dates of the monsoon work on better-educating people about the dangers for which they should be prepared.

While the Arizona monsoon is now calendar-based, many continue to go by the dew point -- now referred to as the “legacy monsoon definition” -- especially those who love the intricacies of weather. 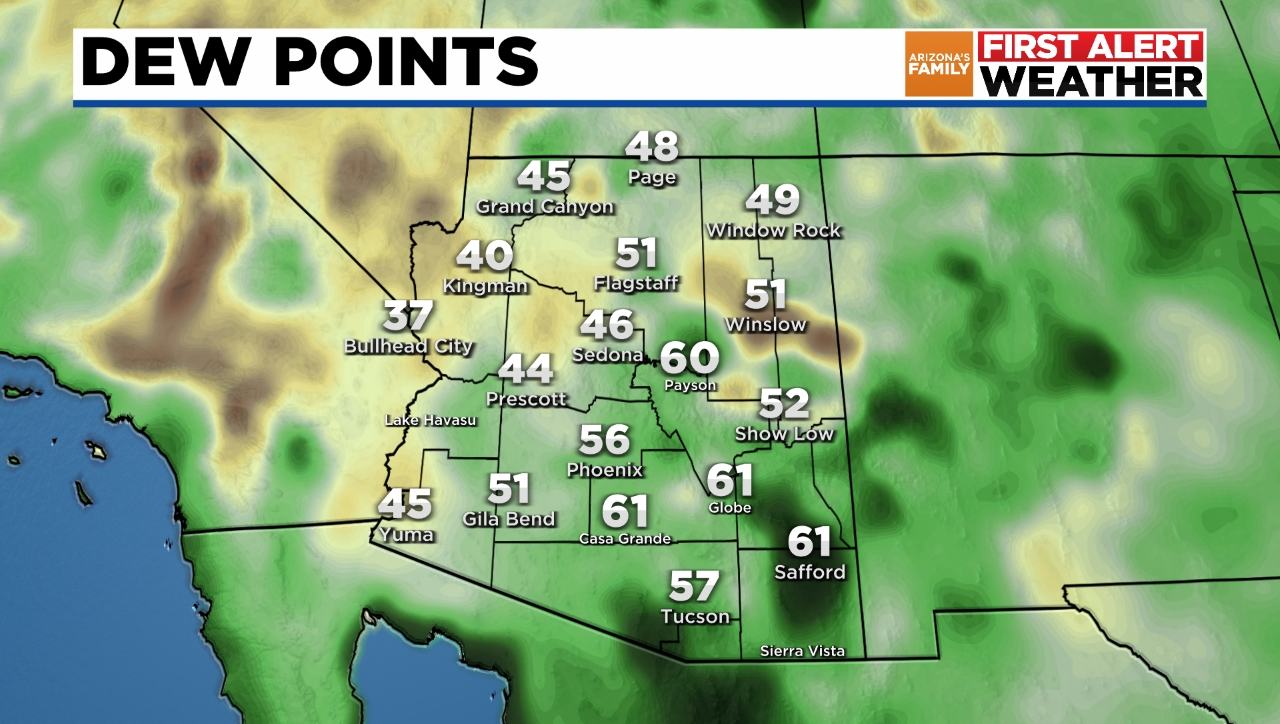 The monsoon is a season, so saying “monsoon season,” is redundant. Talking about a “monsoon storm,” however, is appropriate.